Special Offer: $280 Off $629 $349
Order Now
Independent lab testing prove AirDoctor removes 99.97% of live SARS-CoV-2 virus.
Learn More →
Reduce these type of toxins with AirDoctor, the Professional Quality Air Purifier that's remove particles 100 times more smaller than the HEPA standard.
The Ultimate in Home Air Purification
Featured On
THE CONTAMINANTS IN OUR HOME AIR
Indoor air pollution is caused by a combination of particles like pollen, dust, pet dander, mold spores and smoke combined with ozone, invisible gases and volatile organic compounds which are emitted by building materials, furniture, carpeting, paint, cleaning and personal care products.
INDOOR POLLUTION CAUSES EPIDEMIC LEVELS OF
BOTH SHORT AND LONG TERM SYMPTOMS
SHORT TERM SYMPTOMS
LONG TERM HEALTH RISKS
OF INDOOR AIR POLLUTION
Health conditions may show up either years after exposure has occurred or only after long or repeated periods of exposure. Long term risks can include respiratory diseases, heart disease, and cancer, and can be severely debilitating and have a tremendous impact on the quality of everyday life.
DID YOU KNOW?
Every day we breathe 15,000 liters of air and the toxins pass through our lungs and are circulated to the heart, liver, kidneys, brain and other organs. According to the World Health Organization long-term exposure to ambient particulate matter (PM) concentrations leads to a marked reduction in life expectancy. The reduction in life expectancy is primarily due to increased cardio-pulmonary and lung cancer mortality. Increases are likely in lower respiratory symptoms and reduced lung function in children, and chronic obstructive pulmonary disease and reduced lung function in adults.
Special Offer: $280 Off $629 $349
order now
BETTER THAN THE COMPETITION
Ordinary air filters that you see for sale at big box discounters and home improvement stores are incapable of protecting you and your family from the majority of pollutants because they only remove particles.
See Our Official Results.
Watch Inventor, Peter Spiegel, Risk His Life!
AirDoctor is the affordable prescription for healthy indoor air.
Before AirDoctor you could easily spend over $800 for an air purifier with the same professional features. AirDoctor is the first affordable, professional quality air purifier.
Special Offer: $280 Off $629 $349
order now
PROFESSIONAL QUALITY AT AN AFFORDABLE PRICE

AirDoctor is the first affordable air PURIFIER that not only removes almost 99% of particles but also the vast majority of toxic ozone, volatile organic chemicals and gases. 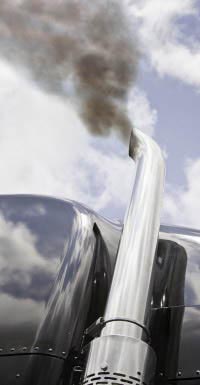 Ordinary HEPA systems only claim to remove 99.97% of particles down to .3 microns. AirDoctor's UltraHEPA has been independently tested to remove 100% of airborne particles at 0.003 microns in size, 100 times smaller than the HEPA standard. 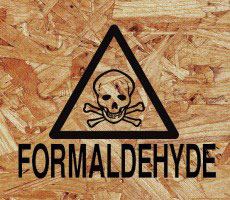 You can only purify the air, if the air passes through the filter and does not avoid the filter by passing through unsealed leaks. The AirDoctor is a sealed system to ensure all the air you breathe is pure and filtered.

AUTO-MODE TAKES THE GUESSWORK OUT OF CLEAN AIR
AirDoctor's Auto-Mode uses a professional-grade air quality sensor to assess the air quality in the room and immediately adjust to the correct level of filtration.
CHANGE FILTER ALERT
An indicator light on AirDoctor tells you when it's time to replace the filters.
QUIET PERFORMANCE
AirDoctor uses our exclusive Professional WhisperJet fans that are 30% quieter than the fans found in ordinary air purifiers. That means you can run AirDoctor at the highest speeds while still enjoying a peaceful home environment.
Breathe Easy Guarantee
AirDoctor is backed by our Breathe Easy Guarantee. Try AirDoctor in your home for 30 days. If you do not love it, simply contact us to return the product and receive a full refund of your purchase price, less shipping and processing. No questions asked.